Up Against the Wall

Wallpaper For Your Eyes Only!

I love wallpaper. The ability to be transported to another realm as you walk from room to room in a wallpapered home is far more entertaining to the eye than a monochrome painted surface.  Wallpapers tell stories, and can be as sophisticated as a painting or a tapestry.  In fact, the origin of wallpaper can be traced to the ornate tapestries of the medieval period.  Since tapestries could only be afforded by the wealthy, the invention of wallpaper arose during the Renaissance as a means to make wall decoration affordable to a wide audience.

Wallpaper has gone through many iterations in its production: from woodblock printing to gravure printing and silk screening, to digital printing today. Toward the end of the 19th century the fashion for scenic wallpapers became prevalent, and that is when companies such as Joseph Dufour et Cie started manufacturing large wood block panoramas of exotic landscapes. Many were  exported to the United States and still exist in New England Homes.

There are homes in Rhode Island that have preserved beautiful wallpapers. The photo below, is from a historic home built in 1814. The wallpaper was installed in 1820, and is original Dufour et Leroy: A  lively scene of the Bosporus covers the entire four walls of the room in the foreground with "Les Incas", picturing Pizzaro conquering the Incas in the background. 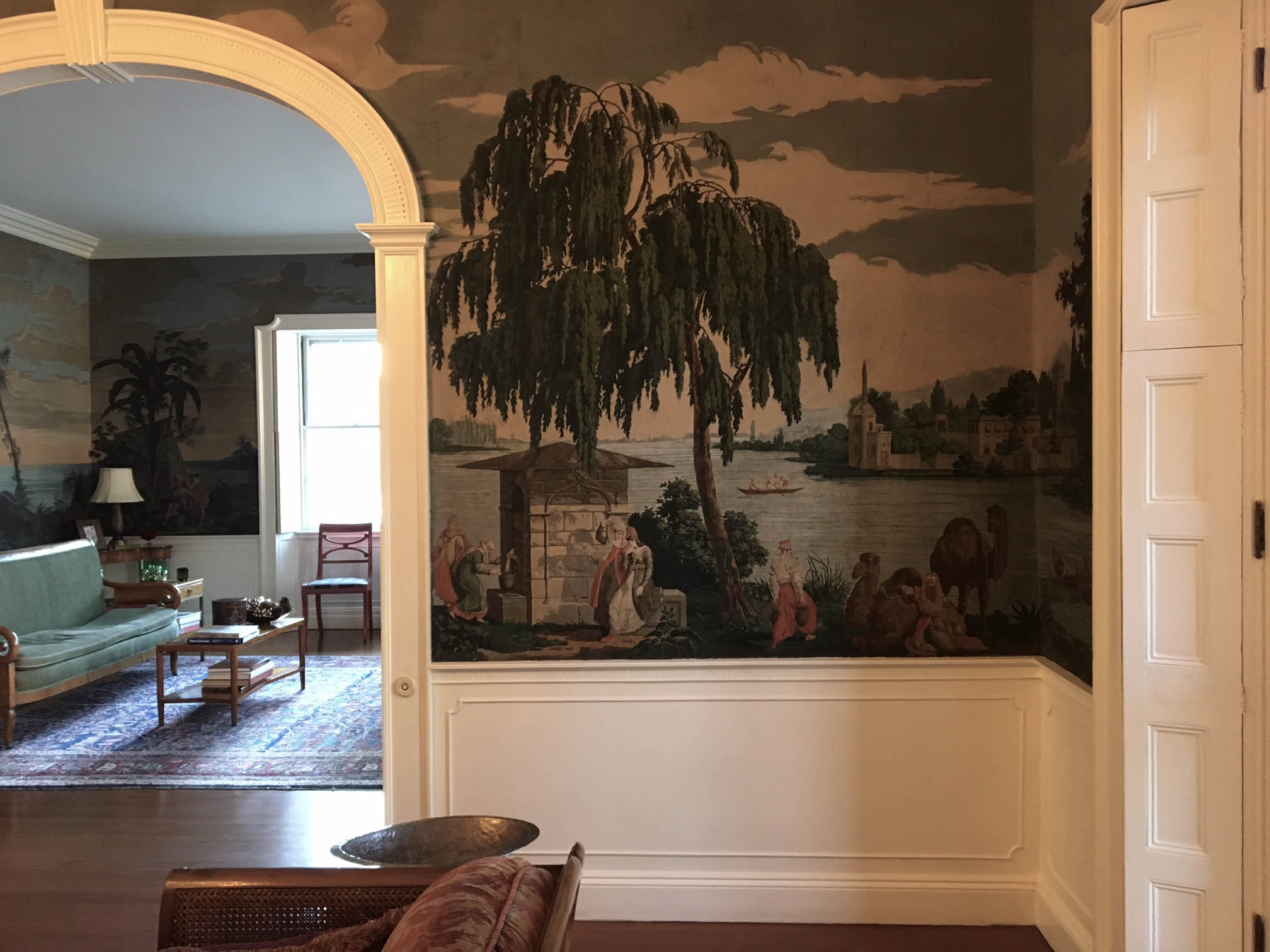 One company whose wallpaper patterns I admire is Maison de Frey in Paris France. Maison Pierre Frey was started in Paris in 1937, and has an extraordinary reputation. Pierre Frey has done collaborations with artists and designers to produce beautiful fabrics and wallpapers.  This year there was an exhibit of his work in France Les Artes Decoratifs. 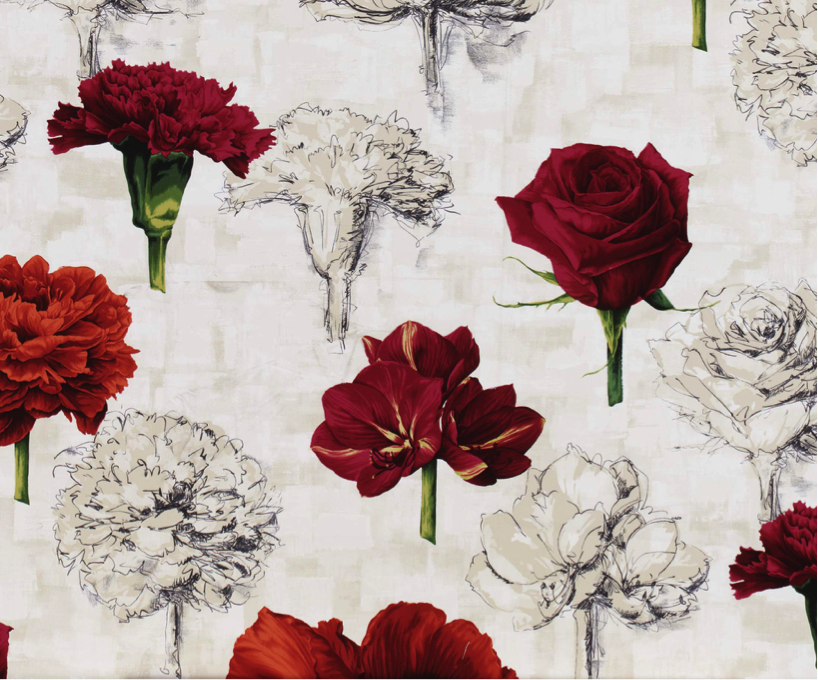 One other company that has recently caught my eye is Italian, located in Milan, and is called London Art Exclusive Wallpaper. London Art describes the company  as a design lab searching for original interior design solutions. London Art fabricates large digitally printed wallpapers that can be customized according to need and aesthetics. It seems as if technology is allowing us to go full circle, and that with digital printing, scenic wood block wallpapers can be recreated with contemporary imagery. I love the way the two examples below become entire tableaux on the walls. 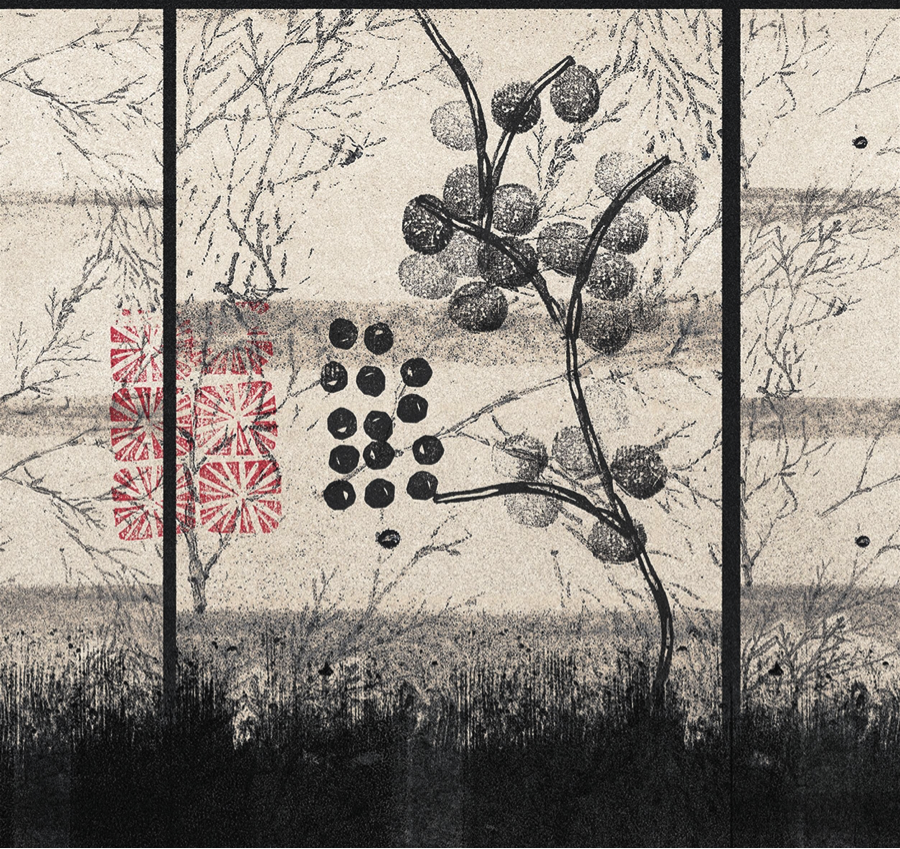 This is from the Japanese Collection 16 designed by Marco Campedelli

Much like London Art Wallpaper, LAMOU is also using advances in printing technology to reinvent the decorated surface using printing on wood. Just as Pierre Frey dresses a room in matching wallpaper and upholstery, you too can customize your tabletops to match with any pattern you currently have in your home using LAMOU and the toolkit builder on our site. 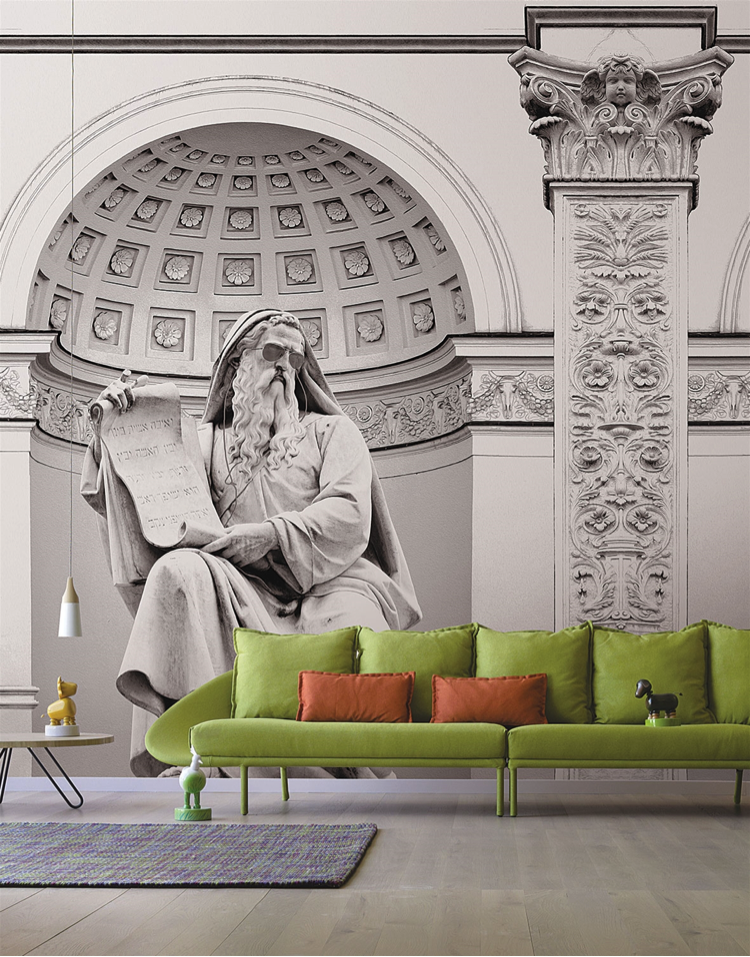