Everyone complains about winter, but there are some things I love about it. One is light.

Admittedly, there are less hours of daylight during the winter days, yet the light that is available is often spectacular and precious on a crisp, cold sunny day.  Light, and especially sunlight, is to be savored on a January day.

The sun angles during winter months are much lower and dramatic. The sunlight streaming through my 200 year old windows has captured my attention often over the past several weeks.  I have seen the art on my walls in new ways as the light creates shadows and reflections, distorting and layering and enhancing all at the same time. 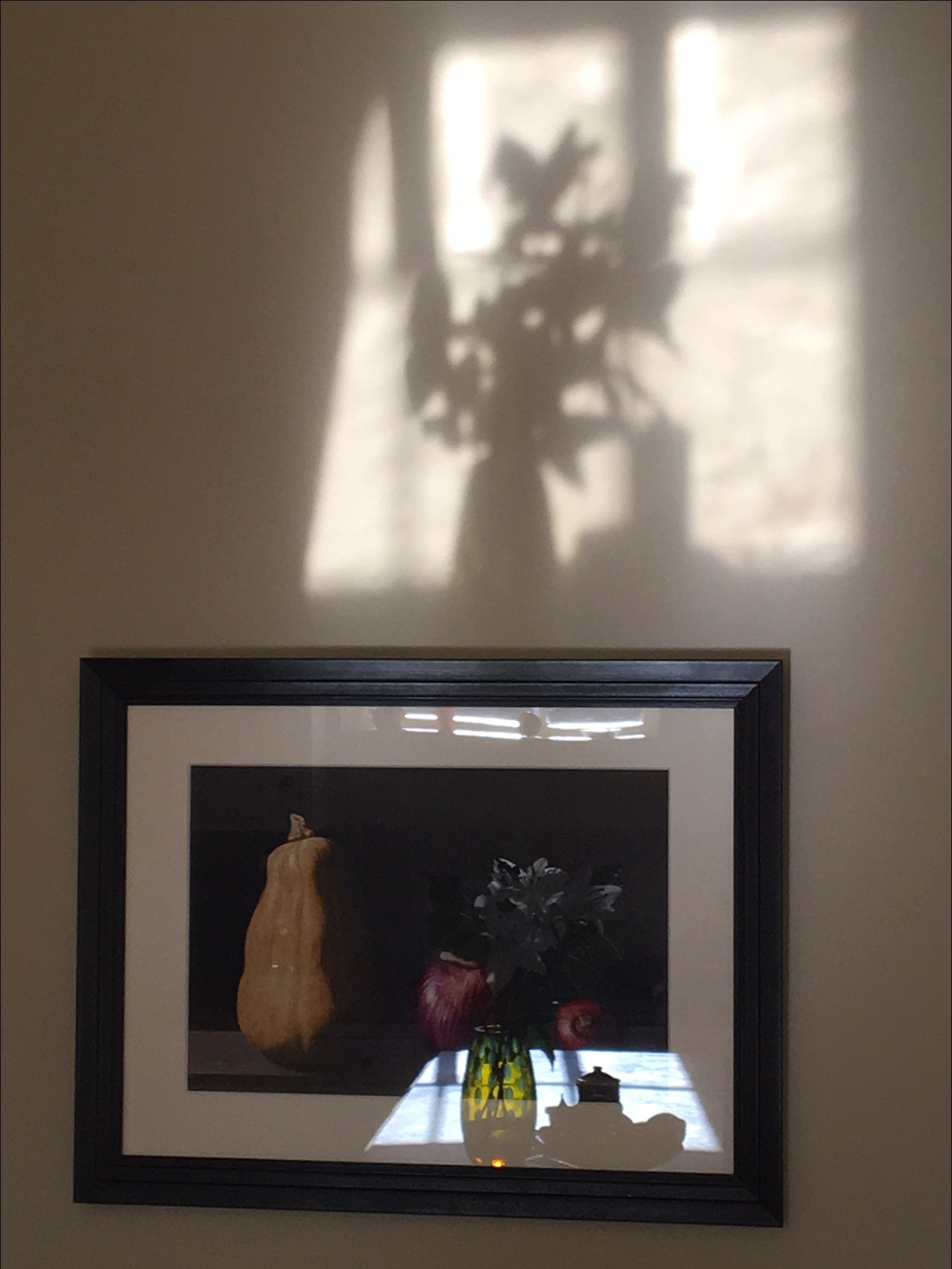 There are three still lives in one. The sunlight streaming in my kitchen window reflects off the countertop projecting the green glass vase filled with lilies onto the still life and reflecting in shadow above the still life as well.

Yes, I will admit, that my training as an architect has probably encouraged this fascination with light. Architects love light and love to poeticize light through designing three dimensional structures.  And yes, I began my training at University of Pennsylvania, where Louis I. Kahn taught and influenced architecture students for years even after his death.

Kahn wrote a book called “Between Silence and Light: Spirit in the Architecture of Louis I. Kahn”.  He said, “Architecture appears for the first time when the sunlight hits a wall. The sunlight did not know what it was before it hit a wall.”   I would also add that sunlight can create art in new ways.

The bay window allows the sunlight to project a Buddha sculpture on the wall in crisp lines while the next window is blurred making for an interesting trio of window display: the actual window with bright blue sky, and two window “shadows”. 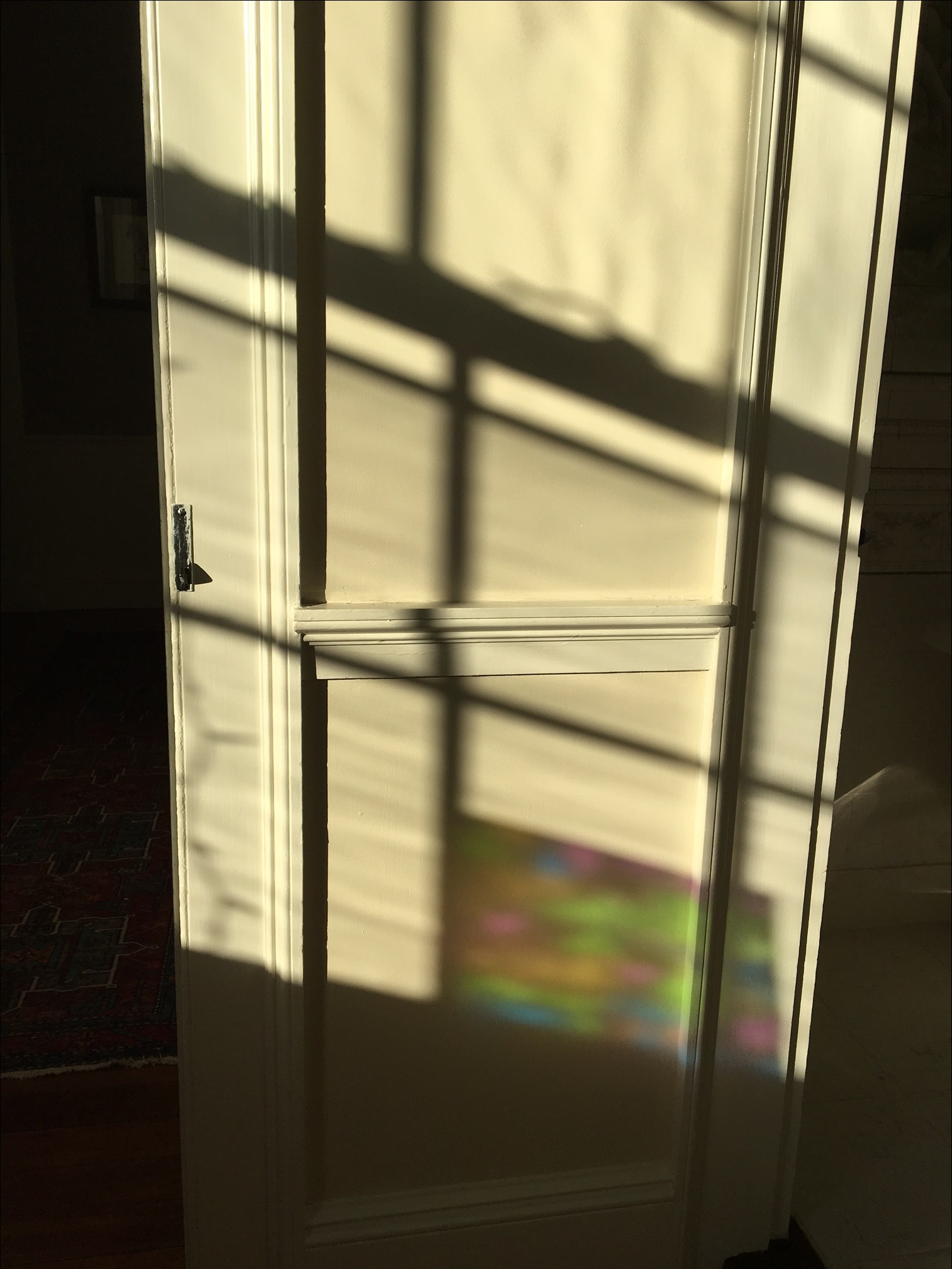 Window grills (muntin bars) projected onto door mouldings through a stained glass panel by my son. Another layering of architectural elements through natural light.

I don't think it is an accident that we use the expression, "I am feeling light" to mean free, happy, unencumbered. For me there is a close relationship between this feeling and natural light. Feast your eyes on LAMOU's "Love at First Site" Collection and you will understand why architects are fascinated by light.

As Louis I. Kahn said, "We are born of light. The seasons are felt through light. We only know the world as it is evoked by light." 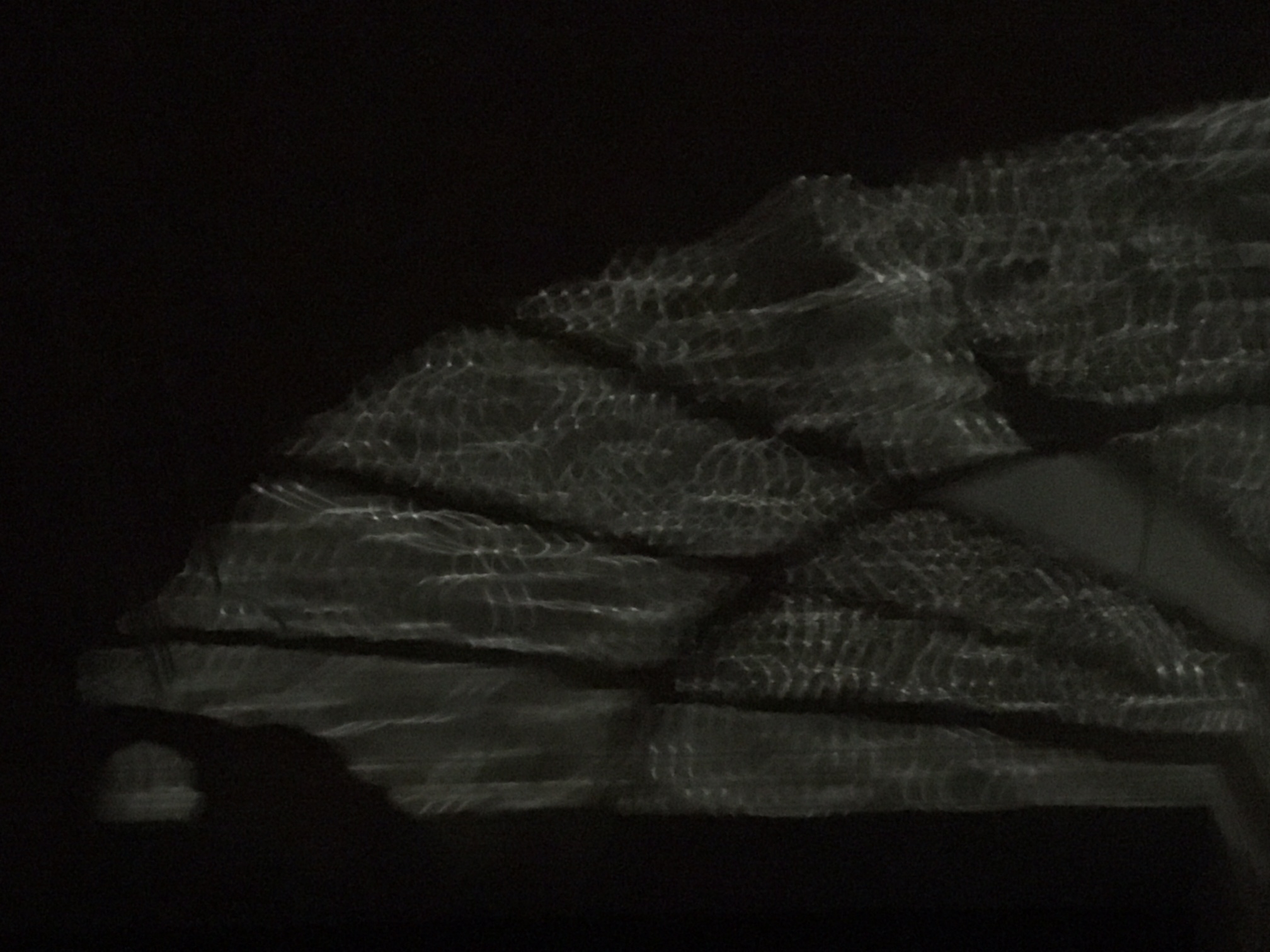 And then there is night. What is the play of light at night? I caught a glimpse of this shadow of a fan window on the floor. I don't think I could have dreamt this, but the image has stayed in my mind for days as if a lingering dream.